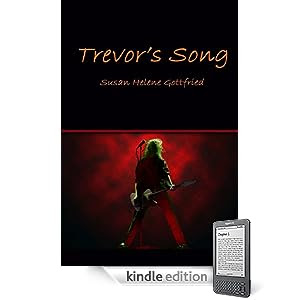 Susan Helene Gottfried is the author of ShapeShifter: The Demo Tapes — Year 1, ShapeShifter: The Demo Tapes — Year 2, and Trevor’s Song. She can be found online at http://westofmars.com, where you can find The Meet and Greet, among other goodies.
A tone-deaf rocker-at-heart, Susan worked in retail record stores, in radio stations, as stage crew, and as a promoter while earning two college degrees in creative writing.
Susan walked away from a continued career in the music industry in order to write books, so it makes sense that most of her fiction revolves around rock bands. Once you get those record stores, radio stations, and fellow roadies and promoters under your skin, they never leave.
When not writing, Susan captains the team at Win a Book, a promotional site for authors and book bloggers — and readers like yourself.

Book Description:
Fame and Fortune have destroyed many a rock star, but Trevor Wolff has a bigger problem when his best friend Mitchell Voss commits an act of monogamy with sexy artist Kerri Broadhurst.
ShapeShifter band dynamics will never be the same with this new woman on the scene, and the distractions of two girlfriends and a world tour aren’t enough to keep Trevor from feeling like his carefully constructed world is crumbling around him. The pesky little illness he’s been hiding from his band mates isn’t help, either.
Trevor is determined to drive Kerri away so life can run properly. He’ll do whatever it takes, or die trying, and not just because if he doesn’t get well soon, time might be up for old Trevor. The last person he expects help or sympathy from is Kerri herself, but he may have to make common cause with his enemy if he’s to survive the fallout from the secrets he’s been hiding.
Q: What will e-readers like about my book?
I grew up in an era when MTV stood for Music TV. I know I'm not alone. Trevor Wolff and ShapeShifter tap into that energy, the drama, the glamour -- and the difficulties of being in a successful rock band.

Q: Why did I go indie?
I was told flat-out that there wasn't enough profit margin for a major publishing house to take on rock books. Historically, they don't sell enough. So I set out to prove them wrong -- and along the way have been working on becoming an expert in the entire genre of rock and roll fiction. It's been great fun.

Q: Favorite authors in my genre:
Don Bruns' Mick Severs mysteries
RJ McDonnell
Usually, though, authors tend to visit the world of rock, and then move on to other worlds. These two (Bruns and McDonnell) are some of the few who've stuck with their fictional worlds. And thank goodness they  have.
Links:  Authors Website    Author's Blog 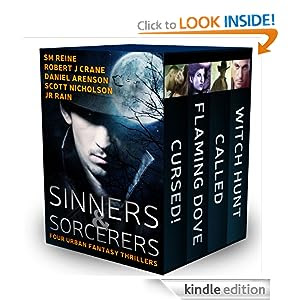